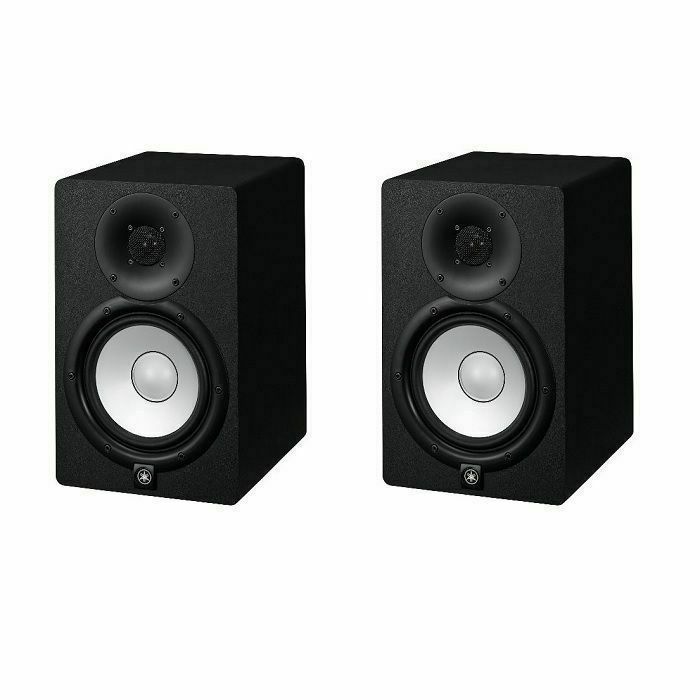 In the 15 years since they were introduced, the HS Series powered studio monitors have become a favourite in professional, project and home studio environments.

The new special edition HS7 MP Set includes two HS7 monitors, both manufactured using a unique process and both utilising specially selected parts. The result is a pair of monitors, each as closely matched to one another as is possible.

The HS Series embodies the design philosophy on which Yamaha has long insisted for its studio monitors, and is now available as a special paired model that uses selected volume parts. The paired model series bears the designation of MP (Matched Pair), and MP stickers are affixed to the back of each unit. Manufactured at the same time and with paired serial numbers, the HS MP models can play a valued role in your recording, mixing, and mastering work.

Yamaha Pro Audio's history of aspiration and innovation goes back to 1969. Since the creation of Yamaha's first pro audio products (the VA120 and VA180 vocal amp systems), they've repeatedly aspired and innovated to create a wide-ranging lineup for applications including broadcast studios and commercial spaces, such as mixing consoles, power amplifiers, speakers, processors, and immersive sound solutions, each with the aim of becoming the new standard in their respective market.

Monitor speakers are one of the product areas that must be mentioned when speaking of Yamaha Pro Audio's fifty-year history. The NS10M STUDIO which went on sale in 1977 was a studio monitor speaker loved by numerous engineers, and earned a role in studios around the world. In 1998 came the MSP5 powered monitor speaker which focused on providing the painstakingly faithful playback of the original sound that is demanded from nearfield monitors. Subsequently, the MSP / MSP STUDIO series that appeared during the period 2000 through 2008 benefited from a full measure of the know-how and technology that has been accumulated in the field of pro studio monitor design, going on sale as a flagship model that boasted a stunning degree of perfection.

Yamaha have insisted on complete fidelity to the original sound and the ability to reproduce the subtle changes of tone and position in the mix, and these principles are exemplified in the HS series that appeared in 2005 with its bright white cones. As high-bit and high-sampling-rate continue as trends in the field of music production, leading to an increasing need for high-quality nearfield monitors, these speakers deliver the high-quality sound and accuracy that are ideal for the studio environment. In 2013, fusing the know-how and cutting-edge analysis technology that has been developed through many years of studio monitor design, and carefully rethinking every element, the next-generation HS series have been announced, adds yet more polish to the accuracy of these speakers.

If you decide an equipment item is not suitable within 10 days of delivery, you can return it to us for a replacement or refund. Returns must be unused and in their original, undamaged packaging.

Some items are excluded from our money back guarantee, including:
• Computer software that has been unsealed or registered
• Any item that comes directly into contact with the nose, ears or mouth

To arrange a return, just contact our customer service department on 020 7424 2800 or email us at support@juno.co.uk

BEST MUSIC STORE: 5 TIME WINNERS
We'd like to know what you think of Juno's website. Please send us your comments and suggestions via our feedback page.